These are some of the games made with the Grids Plugin. Simplified versions are included in the library. These will give you a feel for working with grids in games. 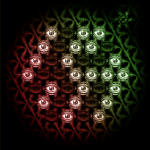 Lights out on a Hexagonal Grid (Monster in the closet)

This is a hexagonal version of Lights Out. The aim of the game is to “switch off all the lights” (or in this case, to close the monster’s eyes). Whenever you click on a cell, all it’s neighbors are switched from off to on or from on to off. 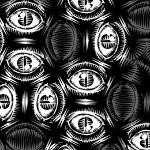 Lights Out on a Cairo Pentagon Grid (Monster in the closet)

This is the same game as above, just on a more exotic grid. 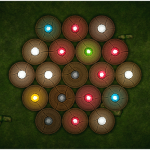 In this game, you have to connect all the pipes in the grid (in this case, to match up the grooves of the stones). You can rotate cells by clicking on them. Once all grooves  in a cell are connected, the cell lights up. You are done when all the cells are lit up. 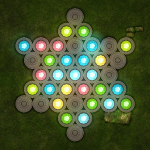 This is a hexagonal version of the game Lines. In this game, a bunch of colored cells are added each turn. You can move a cell from one position to another. If you make a line of 4 cells of the same color, you get another turn with out new cells being added. The goal of this game is to play as long as possible before the grid becomes full. 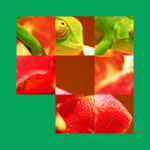 Restore the original image by moving cells into the empty space. 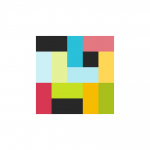 Free the blue block by moving it to the exit squares. You can move blocks into empty spaces.