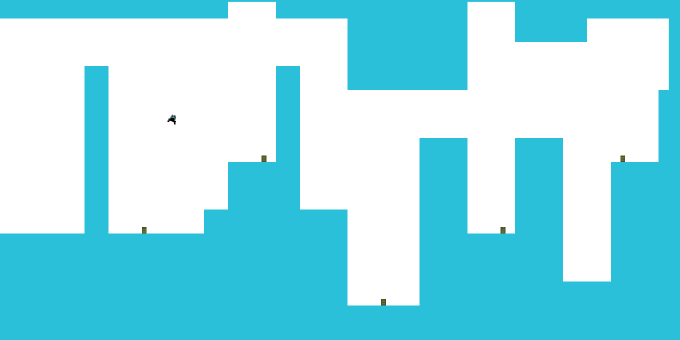 Game 15, or Cave Lander, requires you to fly a spaceship through a cave, refuelling on the way and trying not to critically damage your armor.

Notes from the developer:

Cave Lander was born out of wanting to explore procedural level generation with grids, so what I did was create the whole “rock” out of the grids and algorithmically carved out the interior of the cave.

As with all games with randomly generated arenas, the difficulty can be extremely easy or hard, which is something that could be fixed by spending more time on the algorithm.