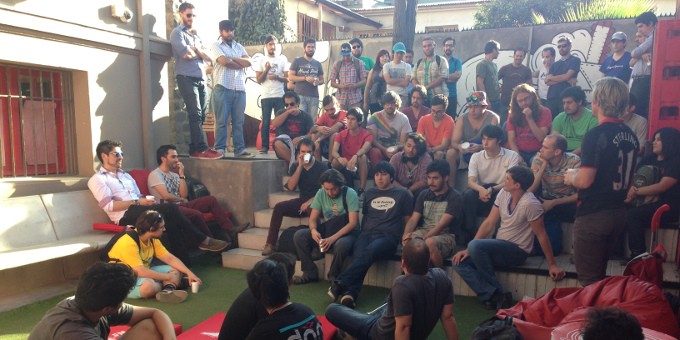 The birth of Game Dev Santiago

Make Games SA is the official game development community in South Africa and they have been running a monthly meetup for a few years now (in Johannesburg and Cape Town). It’s a night Herman and I both look forward to, a night where we can catch up with friends in the industry and to see what games everyone has been working on.

Since coming to Chile we have been looking for a way to become more involved in the community, to meet more developers and make some waves in the local scene. We started chatting with Theodora Kapsali (Spark Game Engine) about organising a game development conference but decided against it after considering the magnitude of running such a big event. After a bit more thought, the idea of simply getting some game developers together for a braai (asado or barbeque depending on where you’re from) seemed like a no brainer. This idea quickly turned into a monthly meetup, similar to what we do down in the tip of Africa. A few weeks later and with the help of Spark Game Engine, Cupcake Sweet Entertainment and Play4Prize; Game Dev Santiago had it’s opening night.

About 70 people showed up, which was a little more than we expected for the first meetup. Coco Cola sponsored the venue and right front the beginning there was a great atmosphere. We did some introductions and community news, explained what the event was all about and then got onto some talks and game demos. Afterward there was pizza, networking and developers showing their games. A bunch of us also went for a bite to eat at a nearby restaurant.

We’re now edging close to 150 people on the meetup page and we’re expecting a bigger turn out this month. The community here is larger than we thought and it seems like people have been looking for something like this. We’ve had a great response from everyone that attended, full of suggestions and requests for future talks and events. This is exactly what we were hoping for and we are dam excited for where this can go. From now on, the first Wednesday night of every month in Santiago, is Game Dev night. 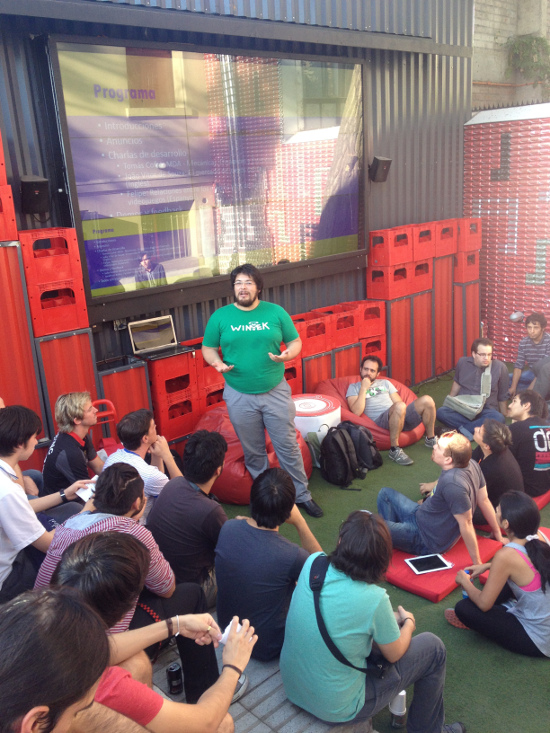 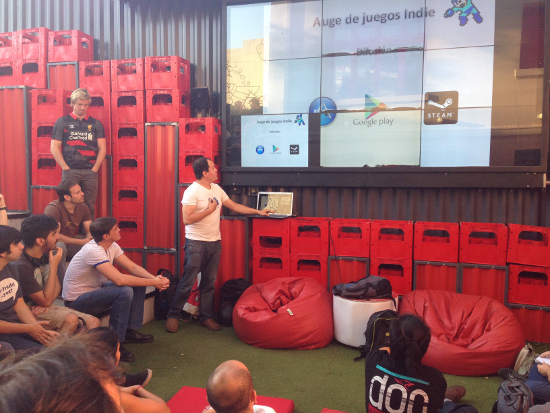 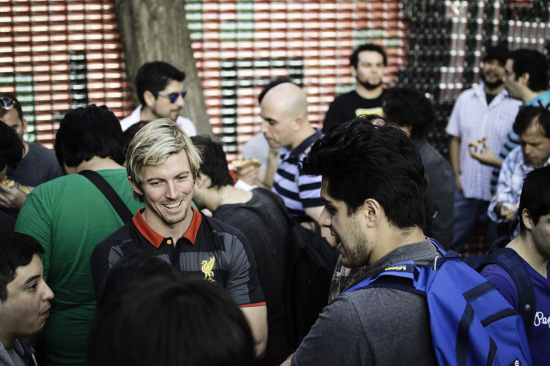 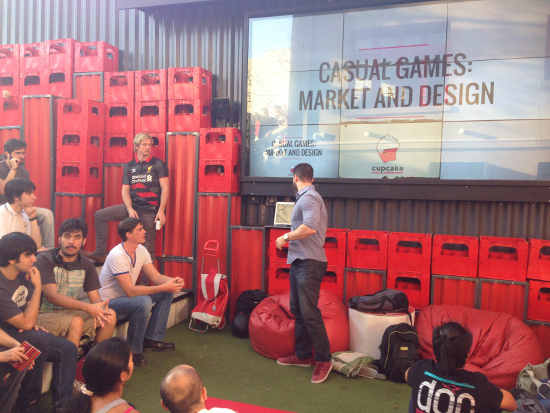