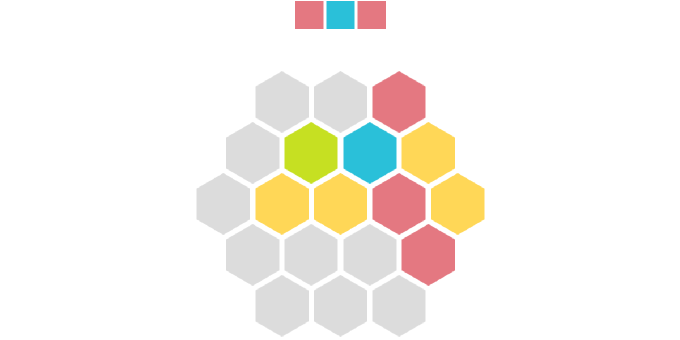 Game 18, or Flipex, is a version of the game Fault, played on a hex grid. How many matches can you make before getting trapped?

Using a hex grid added an interesting dimension of being able to move in 6 directions instead of 4. This gives the player a bit more maneuverability, making it easier to fill 3 connecting cells with the same color. To increase the difficulty we changed the rules so that only same colored cells touching the last filled cell, will disappear (or flip back) into that cell.

In future versions we would like to add an animation, which is both useful to understand the mechanic and visually appealing.