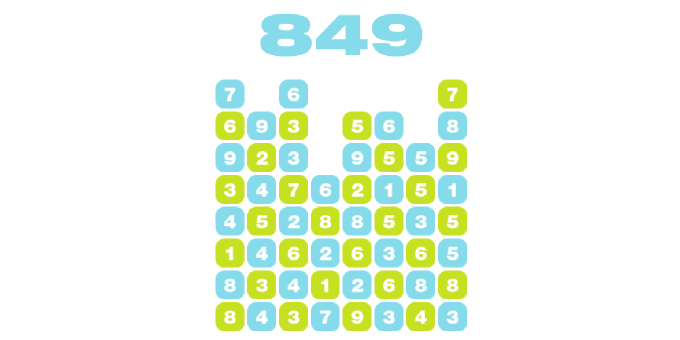 Game 11 is called Add Down. It’s a matching game where you add blocks of numbers together. To clear numbers you need to (horizonatally or vertically) mimic a 3 digit number above the grid.

Blocks fall into the spaces left by moved blocks or matches. The target number changes with each match. The aim of the game is to match as many blocks as you can until there are only two left left.

Notes from the Developer:

It’s something new for me – maths. I’ve never enjoyed maths, but I enjoy tiles/block puzzlers, and Game 11 was an interesting exploration of maths in a falling blocks format. It turned out a lot more fun than I thought it would, personally.

It’s a mechanic that has legs as well – something I can probably take further with more consideration, which is great considering it took a day to build. Rapid prototyping ftw!