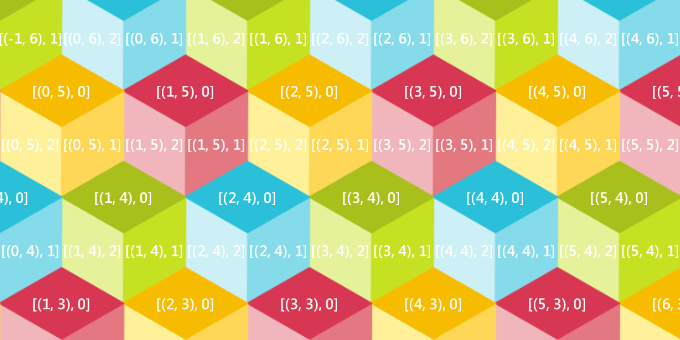 What is a rhombille grid?

A rhombille grid is a tessellation of the plain in identical rhombi. (The term was coined by John Conway in his book The Symmetries of Things. He also created The Game of Life.)

One of the earliest games that used an isometric view, Q*bert (1982), used a grid like this to simulate a limited 3D environment. Indeed, with appropriate shading, the tiling resemble a stack of 3D cubes. At the time, the game was praised for its innovative graphics. 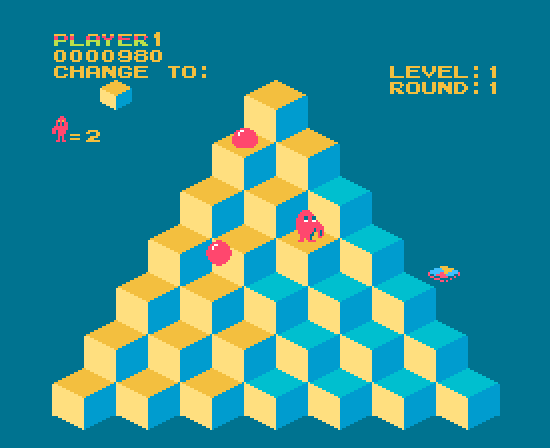 Another game that uses a rhombille grid is Rhomboid Slitherlinks, a set of puzzles created by Jim Bumgardner, using tilings supplied by Lars Huttar (Edit: I previously only credited Jim. Lars explains in a comment below how the puzzles came about. I apologize for the omission.). A Slitherlink is a puzzle where the goal is to draw in edges of a grid so that they form a single, continuous line that does not cross itself. Some cells have numbers; these indicate the number of edges of that cell that are part of the solution line. 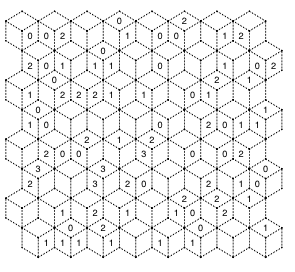 The rombille grid has another feature that makes them useful for games. Rhombille grids are the edge-grids of hexagonal and triangular grids. In other words, if we are interested in the edges of these types of grids, we could consider them the faces of appropriate rhombille grids. For instance, if we use a rhombus tile with the long diagonal of the rhombus drawn in, the resulting grid will be a triangular grid. If we use tiles with the short diagonal drawn in instead, the resulting grid is a hexagonal grid. 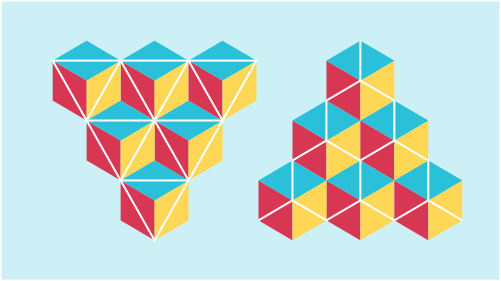 There are not many examples of games played on the edges of these types of grids. There is a version of Dots for hexagonal grids, and hexagonal Sliterlink puzzles. The Settlers of Catan has a road-building mechanic on the edges of the hexes. Another interesting game is Vertex Dispenser, where players play on the edges (really, from vertex to vertex) to gain territory, similar to Dots. Unlike the other examples, this game uses grids on 3D shapes. 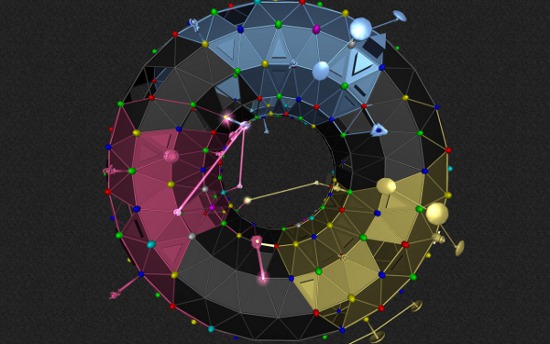 When you work with edges for hex or tri grids, there are several advantages to work with rhomb tiles instead of tris or hexes: 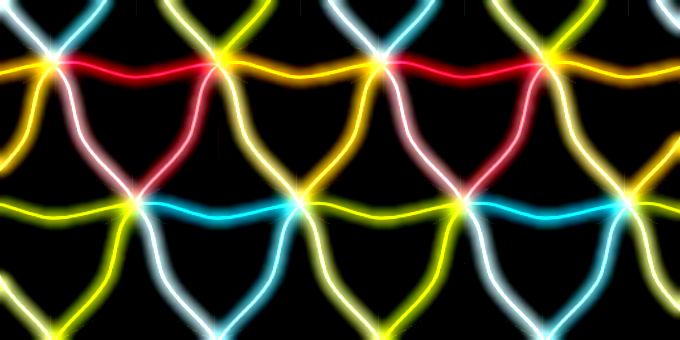 There are many ways in which we can assign coordinates to the cell in a rhombille grid. One technique that works well is to group the rhombi into groups of three, where each group forms a hexagon. We can then make a coordinate from the hex coordinate, and an index that indicates the orientation (and hence also which of the three rhombi in the group we mean).

This is the scheme followed in the image at the top of this post. You will notice that groups of three rhombi with the same colors make up a hexagon (or a cube). The first part of the rhomb coordinate is the hex-coordinate of the hex that it is part of (see Amit Patel’s article on grid math for more detail on hex coordinates). The last part is an index indicating it’s orientation.

The neighbors of a cell in a rhombille grid is complex. 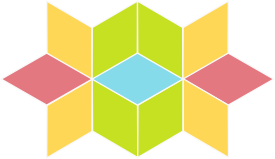 In Q*bert, only “flat” cells are accessible. In this case, neighbors do not share an edge or even a vertex. 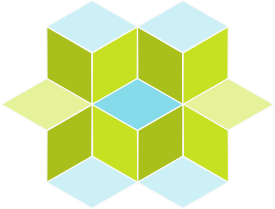