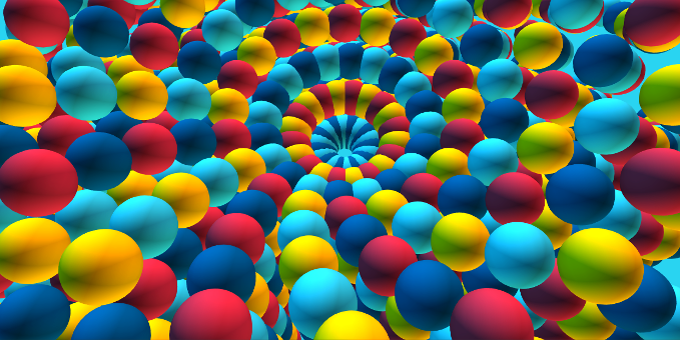 What are space maps?

Space maps are objects that transform 3D space in some way; they scale, rotate, twist, or otherwise transform 3D vectors. Mathematically, a space map is a function from Vector3 to Vector3. Space maps can be used in reverse as well; so if you apply a space map to a set of points, you can reverse the operation and recover the original points (although not always completely).

Where is space maps used in Grids 2?

This all boil down to the following: space maps are used by grid builders to know where your cells are in Unity world space.

Why are there not separate maps for 1D, 2D and 3D?

All space maps in Grids 2 are 3D, even ones that are probably only useful for 2D or 1D grids. The short answer is that it simplifies the design of space maps and how they are used significantly. (Our first attempt at space maps used separate maps for different dimensions; it was extremely messy, and to daunting to complete).

So what does the space map node editor do exactly?

It allows us to build a space map. You can do the same in code, but it is more convenient to do it interactively in the editor. Grid builders use these space maps to build grids, but you can also use them for other purposes (for example, to build meshes, to animate particles, or even for color transforms).

How do I use the node editor?

To make a new space map graph, you can select Space Map Graph from Assets | Create | Grids in the menu or context menu in the project window. To edit the graph, select it, and click on the Edit button in the inspector. To build the space map graph, follow these steps:

What does the Recompute button do?

It lets all nodes recompute and save values for internal use. This is specifically designed for nodes with a random element, to allow nodes to select new random values. (In general, you don’t want these to be recomputed every time the map is accessed, otherwise it will give you different results each time you query the grid). Currently, all nodes are deterministic, so this feature is not used. We may introduce random nodes in the future, or you may want to add your own random nodes.

What do all the nodes do exactly?

Can I create my own space map nodes?

Yes! Here is how:

Once your project has recompiled in Unity, the new node will be available in the node editor.