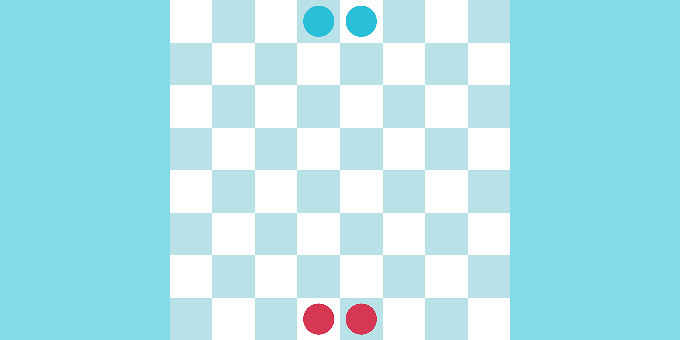 To capture pieces you need to configure your grid and board, and also set the moves and turns for your pieces. In this following tutorial we will make a game with the following configuration: 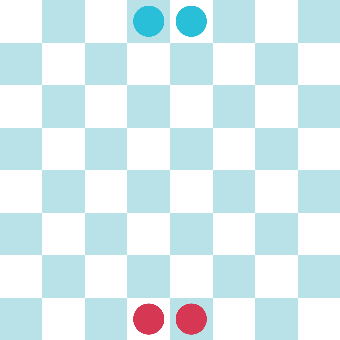 We will look at three different types of capture:

The other rules of this game are:

To implement the four first features follow the “Setting up a grind and board” and the “Moving a piece and changing turns” tutorials.

To implement capturing, you need to do the following. 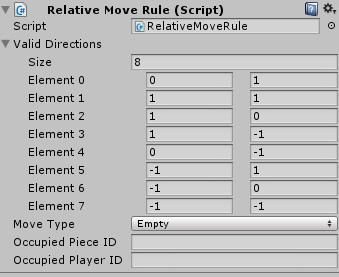 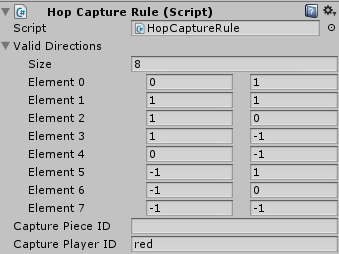 This script implements the rules to capture a piece when you hop over an enemy piece. It sets the valid directions from which you can capture, and set the ID of the enemy piece. 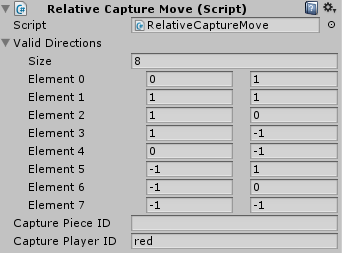 The final step is to add the main game script.

The Capture Game Script does the following things:

The first items are explained in other tutorials. The capturing happens on the OnClick method, the way to implemented is after a move is done but when the move is not valid.

The CapturePiece method uses the manhattan distance between the point of the actual piece and the target destination to check whether a capture is possible. For the hop capture the legal distance is distance is 2 or 4, and for the relative capture it is 1.

The third type of capture is implemented fully in code. It checks whether the piece can be captured, and then transforms that piece into a piece of the capturing player.

Update:
There is a new example on this tutorial, it is called Full Surround Capture and it transform a piece only when its fully surrounded by enemy pieces. The Implementation is on code following the TransformEnemyPieces and it work like this:

To check out this example: